The thing about diabetes is that it doesn't ever stop. The days of blood sugar testing, deciphering all the numbers, counting carbs...it never ends...it just goes on and on and on and on. It's a perpetual cycle of numbers and blood and insulin floating around in our little corners of the world and sometimes it gets to the point where you feel like if you have to try and seek out just one more pattern...one more reason for the madness of whacky unreasonable numbers, that you just might scream...or slip over the edge into the land of crazy town.
Yesterday was Mother's Day. I always have this little mantra in my head when special days come along...Mother's Day, my birthday, Emma's birthday, Christmas.....I sit there and think to myself..."diabetes? please be nice today. Please be kind and give us a break. Just play fair for this day." Sometimes it does...and sometimes it doesn't. Yesterday, it didn't. When this happens, I think the impact it has on my emotions is even worse than if it was just another average ordinary day. I don't know why...but it does. Maybe it's because I put that extra added pressure on myself that day to be perfect...to make the day about the day and not let diabetes have the spotlight at all....and then when I fail...or rather, when diabetes becomes a scene stealer and makes me fail.....the sting is just a little bit worse.
Well, Emma hovered around the 14-15 blood sugar range all day...not good. I bolused for food, I counted carbs exactly, she was active...in fact we were outside for most of the day honestly...trampoline, the park, baseball, and playing in the sandbox. I gave her correction boluses to bring that number down, I checked for bubbles in her pump tubing, I did temp basals, I increased ratios and basals.....the whole nine yards. Finally just before bedtime I decided to change her site all together....as a last resort....because I had run out of ideas...my diabetes detective hat was slipping off my poor exhausted head, and it was the only other option I could think of trying. So, I changed it and sent her off to bed with the tears drying on her cheeks because I didn't have enough time to put numbing cream on and save her some of the pain. It was not the most ideal way I wanted to end my Mother's Day. This day was supposed to be about her and I and diabetes managed to wriggle it's way in there and steal away some of the joy from us.
So, I did the usual routine of waiting it out...watching the clock...having that mental argument with myself about how bad the numbers were today and how angry I was at diabetes and how I hoped this new site would solve the problem even though it wasn't site change day. Eventually 11pm rolled around and I got her meter and made my way upstairs to check her. I held my breath and did what I have done a million times before now. Whenever I am having an especially hard time with diabetes and it is bringing me down feeling like the weight of it all has sent me to my knees, I will talk to my Grandpa in my head. My Grandpa passed away years ago and Emma never had the chance to meet him. He was an amazing man. He had a heart of gold and was always there to make you smile. So, I talk with my Grandpa in my head asking for his help..his strength. I suppose it is sort of my own little version of praying at times. I trudged up the stairs to Emma's room and said, "Please let her number be under 10...please...just make it be under 10...under 10...under 10...under 10."
It's something that I do. It makes me feel better. It gives me hope that I am not alone in this. It gives me faith that everything will be alright. Diabetes is hard. It doesn't take breaks...it never ends...day after day goes by and we must just keep putting one foot in front of the other...just keep moving ahead...never pausing for too long to look at the numbers behind us. We need to accept those current numbers, do our best to make adjustments when needed, and keep moving. Diabetes is prehaps the world's longest marathon. It's an epic battle intertwined with moments of guilt, despair, sadness, anger, frustration, stress....and joy, pride, victory, happiness...and moments where we ALMOST forget that it's there...it just is...off in the background...there. No matter what the current situation is, we must keep moving.
What was Emma's blood sugar number last night at 11pm, you might be asking yourself?
It was 9.9
Thanks Grandpa for the Mother's Day gift.
Posted by sky0138 at 9:10 AM 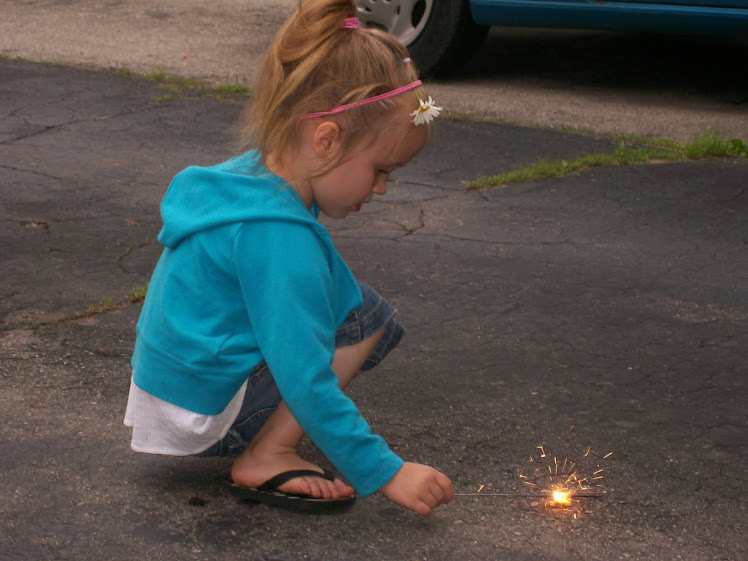